I’ve wanted to make time to share two articles with you from the last week or so. One on the brain and obesity and one about gluten sensitivity.

The first, and I’m going to summarize brutally, indicates that middle-aged obese people have smaller brains.

Make sense? Basically, obesity for some reason predicted that a middle-aged person would have a smaller brain, about the size of someone ten years older. (Brains naturally atrophy as we age.) An obese patient’s 50-year-old brain would look 60 years old.

Please focus on changing your eating for forever—not on temporary weight loss. The article (and other articles reporting on it) really focuses on the weight. I DO believe that weight is important—BUT more in light of the reflection that food choices are not being matched for the individual person. You can lose weight eating only green beans from a can and shrink your belly. But I don’t think that’s the best deal to protect your brain!

Eat real. Don’t eat anything processed. If the weight is still stubborn, eat real, unprocessed AND make it PLAIN. Protect the brain. It’s worth it. You’re worth it. Your kids are worth it. Obesity kills your life slowly. Painfully.

Next article up is about gluten-sensitivity.

Do you feel bashful saying you’re gluten-sensitive? I mean, it’s not like you’re terribly allergic and going to die. Or celiac and really killing your organs by eating wheat. You just, well, you just don’t feel good after eating that bread. And your mom gets a little frustrated with you at family gatherings, having nothing to thicken the gravy with! Can’t she use a little bit?!? That wouldn’t hurt you, would it?

Definite lab abnormalities were found in those who reported gluten sensitivity, and the changes were NOT the same as those found in celiac disease. Gluten sensitive patients had lab markers suggestive of systemic immune activation and a compromised intestinal epithelial barrier integrity. (Specifically, they had increased levels of soluble CD14, increased lipopolysaccharide-binding protein, increased antibodies to microbial flagellin, and elevated fatty acid-binding protein 2.)

Specific symptoms they looked at for inclusion in their study were bloating, abdominal pain, diarrhea, heartburn, nausea, fatigue, headaches, anxiety, memory problems, thinking problems, or numbness and tingling of your arms and/or legs. They felt these were the most common symptoms associated with non-celiac gluten sensitivity.

After six months of a gluten-free diet, the non-celiac gluten sensitive patients felt better and their labs returned to normal.

The discussion of the article is very interesting, worth a read if you are up to the terminology being thrown around.

I’m one of those people who hates to be a nuisance, but when I eat gluten, I get side effects. So I went gluten-free four years ago (and ate real, whole foods and watched out for other food sensitivities). Being a medical doctor by training, it was really hard for me when the medical field really shamed the idea of gluten sensitivity. Suddenly I was personally pitted against everything and everybody I believed to be true and right professionally. The last four years have been QUITE the eye opener professionally.

So it’s good to see validation.

I really, really encourage you to eat whole, real food. No strange added ingredients. Grains as fresh and whole as you can if you do them. Oils and fats as unprocessed and as close to the source as you can get them. Skip white sugar unless you’ve decided it’s a really special day. 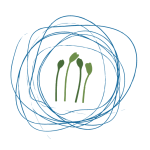 You are worth feeling good.