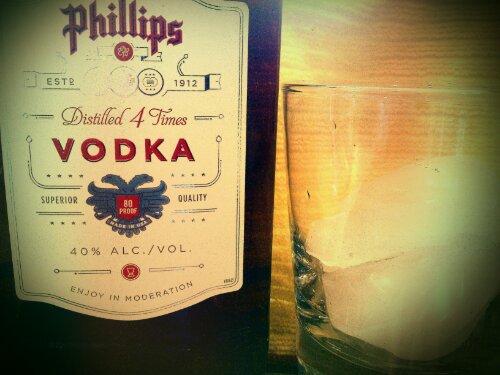 Make Your Own Vanilla Extract

Buy vanilla beans when you see them.  You can research all the fancy kinds of beans if you want and really belabor the process, I suppose.  I just spotted some once and snagged them up as an impetus to make myself get the job done.  My package contained about 6 beans (1 ounce) for about $6.  You need 6 beans for 1 cup of vanilla.  Twelve for two cups.  And so on.  You can find vanilla beans for less than this.  Just keep your eye out and snatch them up when you see them reasonably priced.  A fair price seems to be about $4-6 dollars an ounce.

Buy a bottle of vodka.  Vodka is usually used because it apparently has no flavor of its own to tamper with the vanilla flavor.  You can be fancy if you want, but I read that most of us won’t know the difference between vanilla made in cheap vodka or vanilla made in expensive vodka.  Look for potato or corn vodka if you react to low levels of gluten, although the distillation process should remove all traces of protein (Gluten-Free Vodka List).  And remember, it takes 6 beans (1 ounce) for 1 cup, 12 beans (2 ounces) for two cups, and so on.  So my bottle of vodka is about 3 cups (750 mL), and to make vanilla extract according to law, I would need about 18 beans (3 ounces).

Place beans in bottle of vodka.  On a cutting board, slit the beans lengthwise with a knife if you want.  Scrape up the insides if you want.  Chop them up into little pieces if you want.  Some people do not do anything except just drop them in!  Mine got slit in half and dropped in the bottle.  No chopping.  No scraping.  Do make sure your beans are completely submerged in alcohol to prevent mold; we don’t want “pure moldy bean vanilla.”  (Alternatively, you may transfer some vodka to a glass jar and make vanilla in a glass jar if you don’t have enough beans to do the whole bottle of vodka.)

Close bottle and shake well.  Store in a kitchen cupboard for about 6-8 weeks, shaking occasionally to mix up the flavors.  The longer it sits, the richer the flavor.  Some say up to 6 months.  I smelled mine every week or so.  It just smells so good!  I use it just like normal vanilla.  You can decant it if you want and put it in a cute bottle or something.  Right now, I have so much, I can just pour off the top without difficulty.  And leave it in the vodka bottle sitting on the counter within easy reach.

Cost:  McCormick Pure Vanilla Extract costs about two dollars an ounce.  My vanilla cost about a one dollar per ounce.

(Thank you to my second sister for being the force behind my bottle of vanilla.) 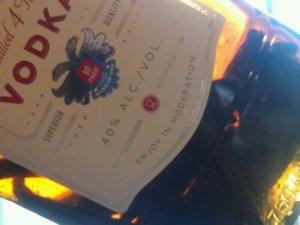 I’ve kept the instructions basic.  If you are a die-hard perfectionist, you really should look up elsewhere all the finer details.  But my vanilla smells and tastes great!  (Sip a little.  Stir a little.)

Just a bit of encouragement to eat real food.  My husband knocked off 30 pounds AND his daily reflux (GERD) medicine.  My child eliminated dependence on Miralax.  All of my children got off of 2-3 prescription allergy medicines apiece.  Yes.  We did have to take out a lot of allergenic food initially, but now we have experimented a bit and see we can allow them to have treat meals or snacks without setbacks.  I am so proud of my family for sticking with me through this!  What we learned will have implications for them the rest of their lives.  What they learned at ages 10, 8, and 5, I had to learn in my fourth decade of life.

YOU, TOO, CAN DO THIS!  I wish you would.  (I’m talking real food here.  The vanilla is just a bonus idea.)

Identify the barriers and be a conqueror.